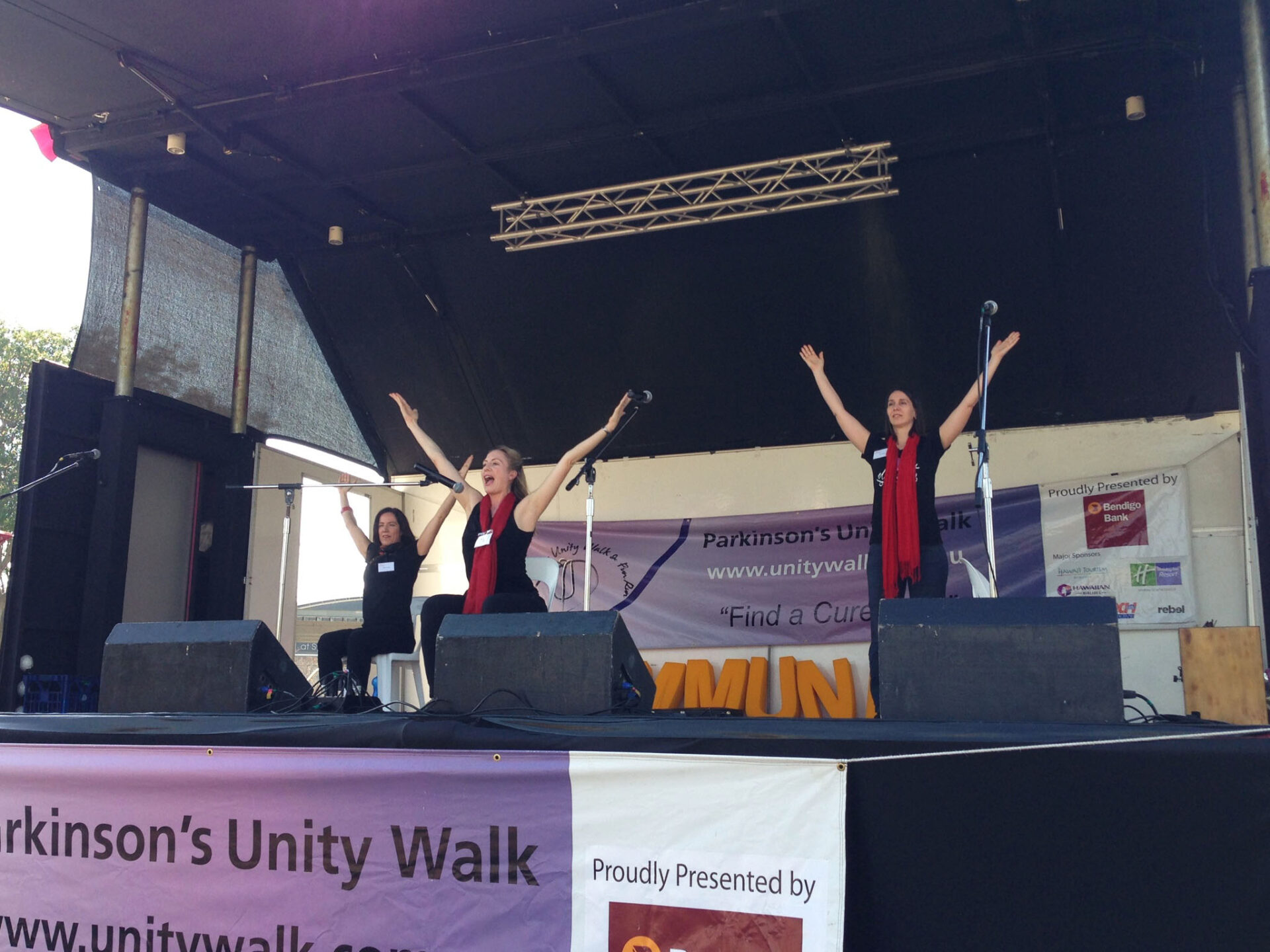 On August 25 Dance for Parkinson’s Australia presented the first demonstration class at the NSW Unity Walk at the Sydney Olympic Park.

There are Parkinson’s Unity Walks run by each of the state Parkinson’s organisations annually. The Unity Walk began in Australia in 2008 and to date has raised more than $2.4 million to fund important research and increase the support services provided for people living with Parkinson’s, their families and carers.

It was a beautiful, sunny day at the Olympic Park and spirits were high.  Friends and families joined in to support the Parkinson’s community. There was the option of a 4and 8km walk or run and many participants added a flair with colorful costumes and wigs. The day was a great outpouring of support, community and vision-giving voice to those living with or touched by Parkinson’s.

After the walk, the Dance for Parkinson’s team took to the main stage. Erica Rose Jeffrey, Kate Duncan and Fiona Coe led the short demonstration class and people of all ages joined in dancing both sitting and standing.  There were smiles, stretches and an opportunity to share the benefits of dance and music together.

Parkinson’s NSW is working closely with Dance for Parkinson’s Australia in NSW  to start ongoing classes and have been very supportive in publicizing the program and sharing information.

For more information on how to get involved with Dance for Parkinson’s Australia:

EMAIL US
PHONE US

Given the many changing contexts please check with local teachers regarding in-person scheduling.

Want to join an online or on-demand class? Go to our Resources page on to Find a Class and the online tab.

Want to explore other classes?

Click here to tune in live classes in New York and to access the free Dance for PD resources.